Fabricio was born to a young single mother who was abandoned by his father. At 32 weeks gestation, his mother had to have an emergency c-section. Fabricio would spend the first 6 months of his life in the hospital struggling to learn to feed and breathe. When finally discharged, his mother asked a friend who is a nurse to help her care for him. When he was only 2 years old, Fabricio’s mother left him with his adopted family to go to work in Chile. He now is supported by an adopted mother, father and three adopted siblings who took him in with open arms. They found the Rosa Very Fund and are so grateful to have new support in raising their adopted son who needs therapies to help him learn to talk and walk independently. 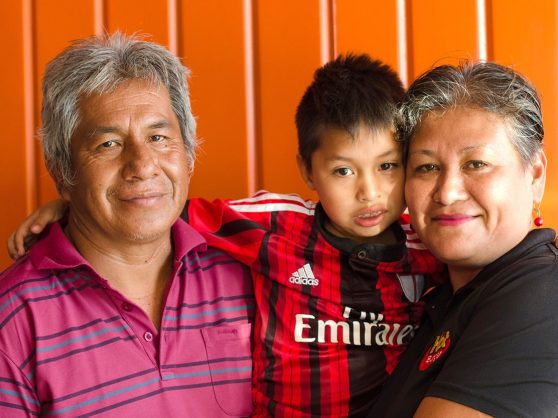 Fabricio with his parents at La Escuelita