When Wuilly was about 8 months old, his mother knew something was not right. She took him to see a doctor and he was diagnosed with hydrocephalus (extra fluid around his brain). He required surgery, but unfortunately, it was not performed. As a result, Wuilly is severely compromised and requires his mother’s full attention. He is not able to sit on his own or speak. The RVF took Wuilly into the Fund when he was 10 years old and weighed a mere 28 pounds. The RVF arranges weekly physical therapy and nutritional supplementation for Wuilly. At La Escuelita, Wuilly’s mom and can meet with other parents who are facing similar challenges. Wuilly has a long road ahead, but with the RVF’s help, his mother no longer has to face it alone. 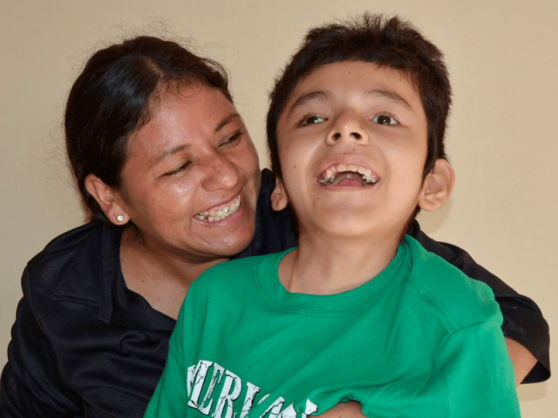 Wuilly with his mother at La Escuelita